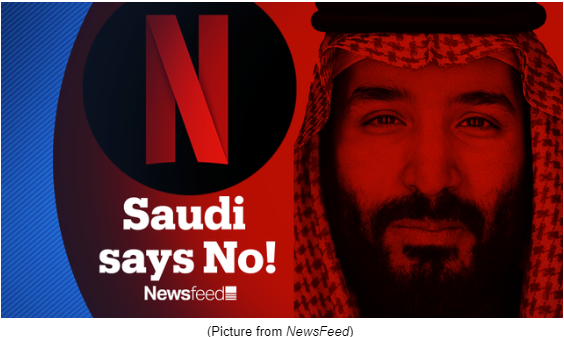 Netflix has recently been under fire with Gulf Arab nations for what these nations call “offensive” videos. According to a joint statement issued on behalf of a committee of the Gulf Cooperation Council, Netflix has allowed content on its platform that “contradicts Islamic and societal values and principles”.

The reason for these accusations stems from Gulf Arab countries’ intolerance of homosexuality. In an article by AP News, it is stated that in these countries, “many Muslims consider gays and lesbians to be sinful. In some parts of the Arab world, members of the LGBTQ community have been arrested and sentenced to prison. Some countries even maintain the death penalty.”

This is not the first time Netflix has had issues regarding its content. Jon Gambrell writes:

“In 2019, activists blasted the streaming service for pulling an episode of comedian Hasan Minhaj’s “Patriot Act” that criticized Prince Mohammed over the killing and dismemberment of Washington Post journalist Jamal Khashoggi, as well as the kingdom’s involvement in the war in Yemen. Netflix at the time said the episode was removed from the kingdom as a result of a legal request from authorities and not due to its content.”

While Netflix is an American company, those in charge should be fully aware of the different belief systems in various countries worldwide. However, some of Netflix’s cultural core values include:

Being that this is only one of many similar examples of their content going against cultural guidelines, should Netflix continue to display shows and movies that reflect lifestyles that are acceptable in the US, or should the powers at be carefully tailoring what is shown in order to showcase cultural sensitivity?